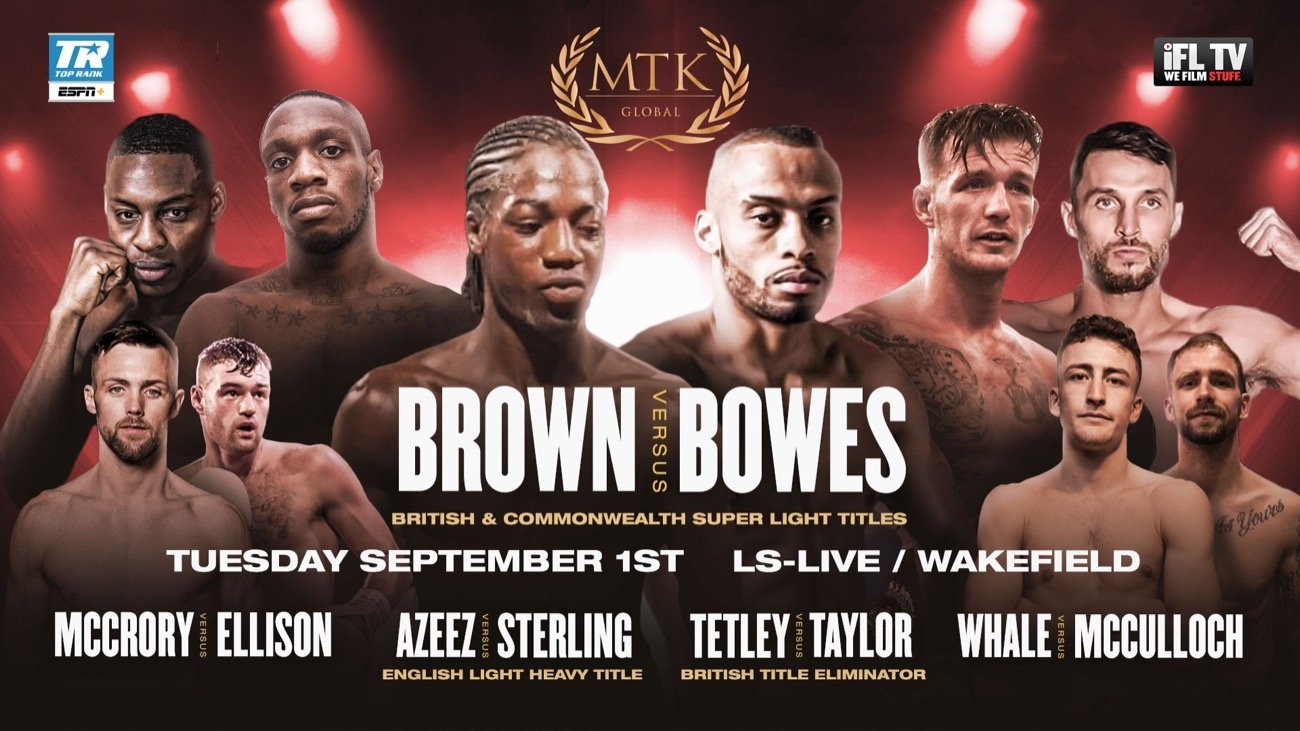 MTKFightNight begins at 2 p.m. ET/11 a.m. PT – The Commonwealth super lightweight king, Philip Bowes, hopes to add more hardware to his collection. Bowes will defend his belt in a 12-rounder against the unbeaten Akeem Ennis Brown this Wednesday, Sept. 2 from Production Park Studios in Wakefield, England. The vacant British title will also be at stake.

Bowes-Ennis Brown will headline an #MTKFightNight card that will stream live and exclusively on ESPN+ beginning at 2 p.m. ET/11 a.m. PT.

Bowes (20-3, 3 KOs) has not fought since March 2019, when he decisioned Tom Farrell in the first defense of his Commonwealth title. Less than two months prior, he knocked out Benson Nyilawila in two rounds to win the vacant belt. Bowes and Ennis Brown were scheduled to fight March 20, but the COVID-19 pandemic scuttled those plans. Ennis Brown (13-0, 1 KO) is a former WBC Youth and IBF European champion at 140 pounds, most recently notching a near-shutout decision over the previously unbeaten Bilal Rehman in March 2019.

Said Ennis Brown, “This fight with Bowes was called off twice. He has kept me waiting for too long and he is getting it. He isn’t on my level and he will find that out. Nothing will stop me from getting these titles. There haven’t been many events on since boxing resumed, so to be headlining an MTK Global show is very exciting and I feel like I’m one of the chosen ones.”

In other action on the card:

In a six-round battle of unbeatens contracted for 150 pounds, Elliot Whale (2-0) will fight Corey McCulloch (4-0).