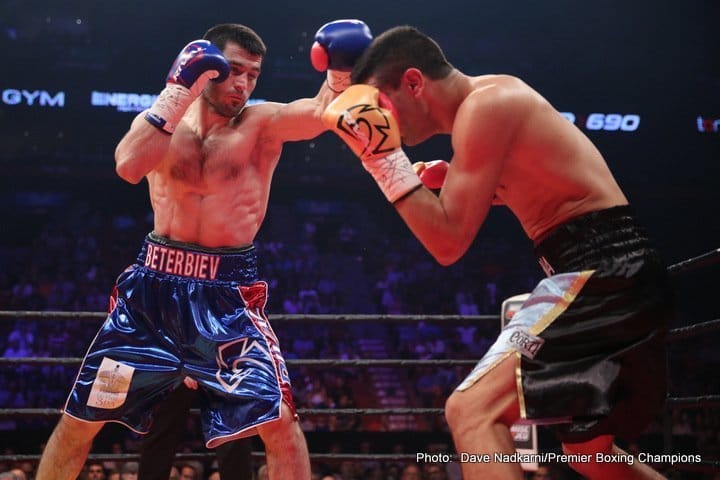 (September 12, 2020) —WBC/IBF light heavyweight world champion Artur Beterbiev’s Oct. 23 title defense in Moscow against Adam Deines has been postponed after Beterbiev suffered a rib injury in training. Beterbiev-Deines is expected to be rescheduled before the end of the year.

Beterbiev (15-0, 15 KOs), the only current world champion with a 100 percent knockout rate, has not fought since his 10th-round stoppage victory over Oleksandr Gvozdyk last October to unify world titles.

Boxing’s only world champion with a 100 percent knockout ratio, Beterbiev will fight for the first time since knocking out Oleksandr Gvozdyk in a highly anticipated world title unification bout last October. A two-time Russian Olympian, Beterbiev has never fought in his home nation as a professional and will do so against Deines, a fellow Russian who now calls Germany home. Deines has won two in a row since a decision loss to Meng Fanlong, while Beterbiev has made three world title defenses since winning the vacant IBF world title with a 12th-round stoppage over Enrico Koelling in November 2017.